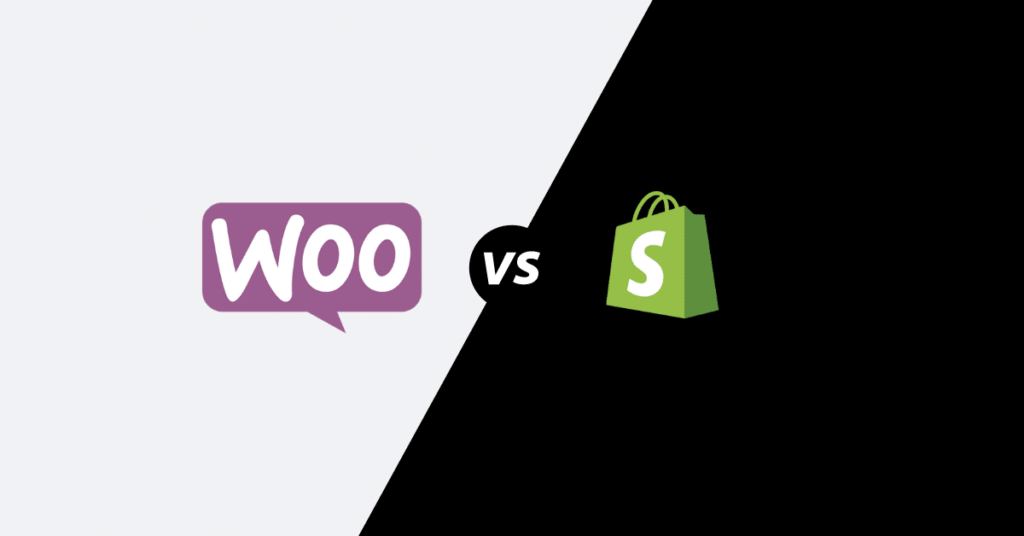 Are you thinking of starting an online business? Well, here’s the big question. WooCommerce and Shopify are the two biggest eCommerce platforms out there, and they’re both popular for different reasons. The right platform for you and your store might not be the right platform for somebody else.

So, let’s go over some of the fundamental components of eCommerce platforms and see how WooCommerce vs. Shopify really compares.

To start off, this one is a bit tricky. While the cost of Shopify is pretty clear, the cost of WooCommerce varies so significantly it’s hard to say which one is actually more expensive.

WooCommerce is a free WordPress plugin. Despite being free, it does not include security, domain, or hosting like Shopify does. You have to figure those out for yourself, and purchase them yourself.

If you don’t want to manage all of these things yourself, there are many hosting options out there that take care of all of this for you at a reasonable price, such as Nexcess web hosting or Bluehost.

Additionally, extensions and add-ons for WooCommerce can also be pricey depending on your needs. The good thing is that there are thousands of add-ons to choose from for WooCommerce, and many of them are totally free.

Likewise, if you’re running a physical store, WooCommerce has many more POS options than Shopify, and many of them are much more affordable and even free, like Oliver POS.

Upfront, Shopify seems to be the pricier option, starting at 29 USD per month for their basic plan. They offer more advanced plans at $79 and $299 monthly for merchants who need more than just basic features. This doesn’t include payment processing fees and other add-ons for your online store, all of which can get pricey.

Other expenses on top of the software itself are payment processing fees – which can be quite pricey if you opt for a third party payment processor (we’ll get more into that later), and additional add-ons for your online store.

If you’re also selling in-store, Shopify offers its own POS starting at $20/month, which can also add to your expenditures.

However, the great thing about Shopify is that it includes an SSL certificate, domain name, and hosting, even in its most basic plan. Merchants don’t have to worry about the extra fees of hosting or buying certificates.

WooCommerce is a fairly straightforward and simple platform to use.

However, it’s not as user-friendly as Shopify.

As previously mentioned in the pricing section, WooCommerce takes a little extra work to set up. Firstly, you need a WordPress website, and you have to install the WooCommerce plugin to get started. Then there are extra steps, such as securing your site, finding a hosting provider, and getting a domain name. Designing your site, while WooCommerce is highly customizable and has virtually endless possibilities for what you can do, also involves a little bit of tech knowledge.

On top of that, because WooCommerce is self-hosted, you will have to continue managing your site on your own. It does involve a learning curve, and is more of a hands-on experience. While this means you have more control over your site, the payoff is that it’s a little bit more work.

Known for its simplicity, Shopify takes care of all the technical aspects of running an online store for you. It’s very user-friendly and simple to start using. Simply sign up on the Shopify site, let Shopify guide you through configuring your store, and set up your new online store. It’s intuitive and easy to navigate, and you don’t need any technical skills to figure out how to do it. Likewise, you can migrate your store easily with LitExtension’s migration tool.

With Shopify, your site comes SSL certified and PCI-DSS compliant, so you don’t need to worry about taking extra safety precautions. While WooCommerce can be just as or even more secure as Shopify, it doesn’t automatically come secured.

Support from the WordPress or WooCommerce team is virtually nonexistent, which is a major downside. However, because WooCommerce is so hands on, many developers have become experts in the field and have built their careers in WooCommerce and WordPress, and their resources and services are abundant. THe community is huge, and you can find tons of resources for support online, such as the WP Beginner blog. WooCommerce also WooCommerce Docs, which serves as a type of help center.

Shopify support is more straightforward. They’re known for their top-notch user support, available 24/7. They also offer a knowledge base.

When it comes to design with WooCommerce, the possibilities are endless. They offer a great selection of themes in their library – but the amazing thing about WooCommerce is that because it’s open-source, anyone can build on to it. There are tons of online marketplaces where developers sell or give away their own themes. There’s the official WooCommerce Marketplace, and third-party marketplaces such as ThemeForest, ThemeIsle, Cyberchimps, just to name a few.

On top of the diverse selection of themes, you can also install visual builders such as Divi, Beaver Builder, or Elementor to easily customize your store to make it truly stand out. These add-ons do cost extra, unfortunately, but they do make the design aspect of WooCommerce much more diverse.

Shopify offers a great selection of pre-built templates and themes for your online store. Their designs are clean and visually appealing, and they do offer some customization, such as color and some minor style edits.

However, in comparison to WooCommerce, the design of Shopify is quite limited.

When it comes to having full control over your online store, WooCommerce is hands down the winner.

While we have seen that this makes WooCommerce a little bit more challenging to work with, the payoff is that you can maximise your store’s performance to the best of its ability. There are thousands of WooCommerce add-ons to help you with marketing, SEO, upselling, lead generation, payment options, and so much more. And a lot of these add-ons are free.

If you are looking for a specific capability for your store, you can hire a developer to build a custom feature into your store. This is true of Shopify, as well – however, it is allegedly much more difficult to develop with Shopify than WooCommerce.

While Shopify is excellent for beginners, or for people who do not want to put in the time and energy of managing their ecommerce store, the payoff is that you have much less control over your online store.

Shopify does offer a lot of add-ons to help you optimize your performance, just not to the same extent as WooCommerce. Likewise, custom development – which is fairly easy to achieve with WooCommerce – is much trickier with Shopify.

WooCommerce offers two default payment gateways – PayPal and Stripe. Customers can pay easily and directly on your WooCommerce site instead of being taken to a third party checkout. But you’re not confined to only these two – with WooCommerce add-ons, you can set up almost any payment processor. This includes payment processing solutions that allow for in-store purchases, as well.

Shopify’s default payment processor is its very own Shopify Payments, powered by Stripe. Shopify Payments lets your customers pay with most major credit and debit cards, and allows for in-store payments as well.

WordPress, the foundation of WooCommerce, is designed with code that is optimized for SEO. Due to its open-source and customizable nature, you can maximize your SEO using the meta descriptions, title tags, and alternative text of your content.

Additionally, WooCommerce offers a plethora of SEO plugins such as Yoast SEO, which is super user friendly and walks you through the best SEO practices.

One thing Shopify does well in this arena is site speed, which is great for SEO. Shopify, likewise, offers add-ons to boost your SEO performance. They also offer basic SEO practices such as site copy and some meta information.

However, they do not offer as much control over your SEO as WooCommerce.

Conclusion: Which one is better?

Neither ecommerce platform is better, necessarily – is it more so a matter of what you need for your business. If we look through the findings of this comparison, it’s clear that WooCommerce is great for more tech-savy merchants, or merchants who would like full control over their store. Shopify is great for merchants who have little tech experience, and don’t mind sacrificing some control for the convenience Shopify offers.

Keep in mind the pros and cons for both, and understand your store’s needs and how each platform could benefit you. Good luck, and happy selling!

The Self-Checkout Revolution
How do I manage my accounting in WooCommerce?
QreuzCON #11: State of WooCommerce
How small businesses can compete with big brands
Just Hazel: Making sustainable accessible
1 2 3 … 22 Next »

Try the Oliver POS register for yourself

Sign up for a free Oliver account and try our flexible POS register now.
Try it now 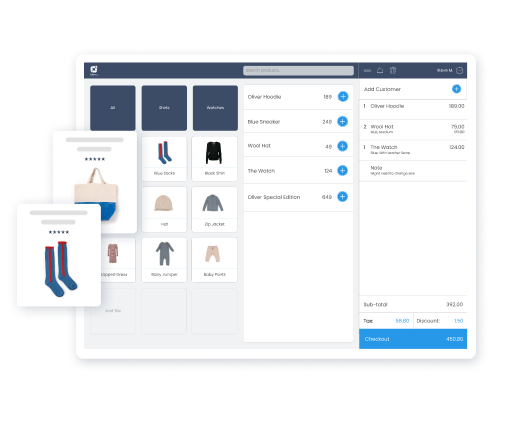 Oliver is a point of sale built for today

Our WooCommerce point of sale is the powerful, adaptable solution your retail store has been searching for.
POS
Payments
The Company
Partners
Hardware
Developers
Resources
Compare
+1 833-662-0633
© 2022 Oliver POS